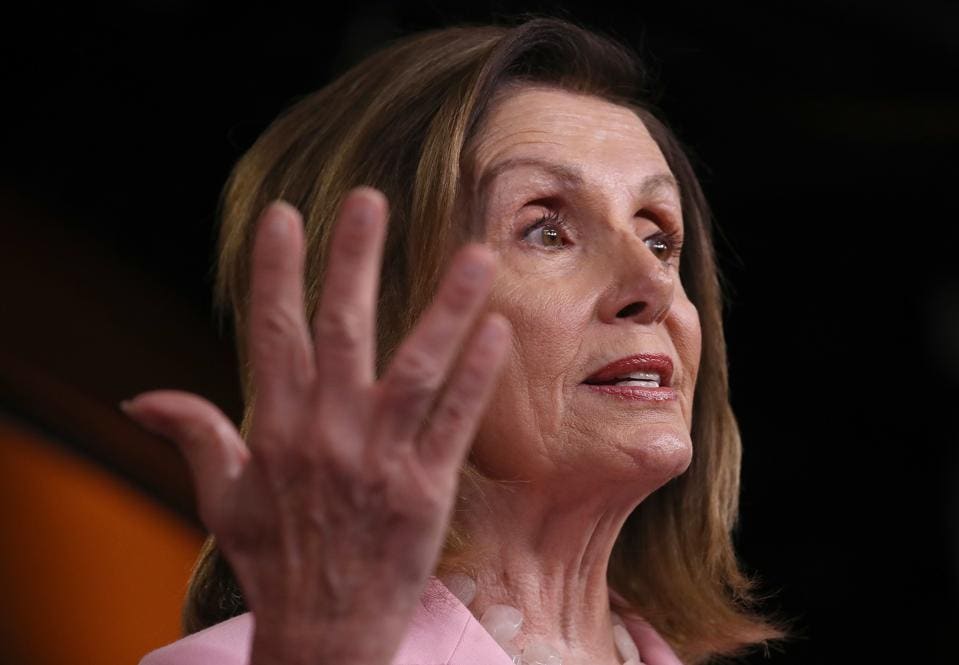 Last week, House Speaker Nancy Pelosi and other Democratic leaders in the House of Representatives unveiled their long-awaited proposal to reduce prescription drug costs. While the plan has been declared “dead on arrival” by Senate Majority Leader Mitch McConnell, it contains some constructive elements.

But before we get to that, let’s first explore the question: why are U.S. prescription drug prices so high?

The talking point from the drug industry is that prices are high because of the “cost of innovation.” But the fact is that the prices drug companies charge have no correlation to the cost of developing that drug. In competitive markets, where patients have the option of alternative therapies, prices are generally driven by the negotiation between insurers and drug manufacturers. Where there is more competition, manufacturers have far less leverage to demand higher prices.

Indeed, nearly 90 percent of all prescriptions dispensed in the U.S. are for inexpensive, unbranded generic drugs that cost almost nothing to manufacture and sell. If you only need medicines whose patents have long expired, such as most drugs that reduce your cholesterol levels or blood pressure, drugs in the U.S. are more affordable for you than anywhere else, thanks to competition.

However, in disease areas where manufacturers enjoy government-sanctioned monopoly status, they usually charge the highest prices they think they can. This behavior is not specific to the pharmaceutical industry; in pretty much any aspect of U.S. health care, where monopolies are present, exploitative pricing practices follow.

There are several effective ways to combat monopoly power in prescription drugs, and thereby to enable more affordable medicines.

The first is the most direct: to eliminate poorly designed rules that artificially create or extend monopolies in ways that have nothing to do with innovation. We all want to reward truly innovative drugs with just monopolies, in the form of patents. But when those truly innovative patents expire, competition should ensue. Manufacturers shouldn’t have the incentive to take advantage of the system to engage in patent trolling. Biologic drugs should not be able to live on, competition-free, forever.

And sometimes, FDA regulations create or preserve monopolies, by barring competition for important drugs like EpiPen. (In 2017, I described many of these rules and regulations in a white paper called The Competition Prescription: A Market-Based Plan for Affordable Drugs.)

The second method is to accelerate competition from other innovative drugs, by reforming the way the FDA considers new drugs. Today, the FDA allows drugs in certain categories, like HIV and terminal diseases, to get on the market after phase II studies, allowing manufacturers to collect revenue that can help fund far costlier phase III studies. (Phase III studies represent approximately 90 percent of R&D costs for a drug that makes it that far.) The FDA could—and should—expand the use of accelerated approval for a broader range of diseases, especially common chronic conditions where R&D costs are currently prohibitive.

The third method is to strengthen the buying power of entities that pay for drugs, like insurers and government programs. To do this, Congress could eliminate rules that force both private insurers and government programs to pay for drugs regardless of their value. Where payors are free to walk away from the bargaining table, because a drug manufacturer is charging an unreasonable price, the manufacturer has an incentive to lower its price, because otherwise payors won’t subsidize the use of their drug. That’s a market-based system.

However, in many cases in America, we don’t allow that system to function. Medicare Part B is required to pay for any drug, regardless of its clinical benefit or price, if that drug has been approved by the FDA. Medicare Part D is required to do the same for six arbitrarily defined “protected classes” of drugs. These regulations are intended to guarantee access to newly-developed medicines. But they have the disastrous effect of granting manufacturers the leverage to name their price and force it upon patients and taxpayers.

The fourth method is for payers to increase patient cost-sharing for high-priced drugs where lower-cost alternatives are available. For private insurance in the U.S., this comes in the form of higher copays for drugs with poorer value. Countries like Denmark use a kind of inverse deductible, in which they will subsidize most of the cost of the lowest-cost version of a drug, and require patients to pay the difference if they choose a costlier alternative.

The Pelosi approach to drug prices

So: how does the Pelosi bill attempt to lower drug costs?

In terms of the four policy principles we described above, the Pelosi bill goes 1.5 out of four. The bill does nothing to attack the way government creates artificial drug monopolies. Nor does the bill consider ways to reduce FDA barriers to competition. Nor does the bill attempt to reform “protected classes” or other mandates that force taxpayers to subsidize the high cost of low-value drugs.

The Pelosi bill, in effect, preserves all those policy mistakes, and tries to compensate for them by directly regulating drug prices. It’s one thing for the government to negotiate prices for drugs in government programs, but the Pelosi bill goes much farther, by punishing drug manufacturers that decline to participate in those negotiations with a 95 percent tax on annual gross sales, and applying the result to commercial negotiations between insurers and manufacturers.

When Medicare negotiates with drug companies, both sides should have the freedom to walk away from the table. But Pelosi and her compatriots are afraid of precisely that outcome, because they fear that such a tough stand would lead patients to complain about loss of access to high-priced drugs.

Don’t get me wrong. The Pelosi bill does some good things. It replicates the reforms to Medicare Part B and D contemplated by the bipartisan bill reported out of the Senate Finance Committee in July, including tying Medicare subsidies to manufacturers to consumer inflation. This common element may serve as the foundation of a bipartisan approach to prescription drug reform.

Over to the Senate

“The burden of out-of-control prescription costs is an issue that touches every family in America,” Pelosi said in her announcement of the new bill. And she’s right. But she knows that the bill she has put forth will go nowhere in its current form, because it goes so far that few, if any, Republicans will support it. That is likely not her fault; the left wing of her caucus probably pushed her to take positions that were more ideological than she would have preferred.

This matters, because for the first time in memory, there is a quorum of Republicans willing to support reasonable reforms of the prescription drug market. A key driver of the aforementioned Senate Finance Committee bill was its chairman, Chuck Grassley (R., Iowa). Republicans in the House, including Reps. Bruce Westerman (R., Ark.) and Mark Meadows (R., N.C.) have put forth creative, market-based proposals to reduce drug costs.

The wildcard, of course, is House impeachment proceedings. Will that take up all the oxygen on Capitol Hill, and prevent Democrats and Republicans from working together on policy? We’ll have to wait and see.