We need to do a lot more on obesity 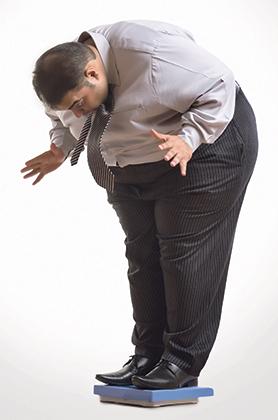 European Obesity Day, celebrated every May, brings people together to raise awareness and increase knowledge about obesity and other diseases it can lead to. The aim is to take coordinated action to improve the prevention and treatment of obesity and, ultimately, to improve the health and quality of life of those who are living with it.

The causes of obesity and overweight are known; there is an energy imbalance between calories consumed and calories expended. This is generally fuelled by an increased intake of energy-dense foods that are high in fat, sugar and salt, as well as by physical inactivity due to the increasingly sedentary nature of many forms of work, changing modes of transportation and increasing urbanisation.

Obesity is a disease often caused by factors largely beyond an individual’s control. It is a highly complex matter whereby changes in dietary and physical activity patterns are often the result of environmental and societal changes associated with development and lack of supportive policies in sectors such as health, agriculture, transport, urban planning, environment, food processing, distribution, marketing and education.

Obesity in Europe was addressed in the May edition of EuroHealth (http://www.euro.who.int/en/about-us/partners/observatory/publications/eurohealth), a World Health Organisation quarterly publication that provides a forum for researchers, policy-makers and experts to express their views on health policy issues. The aim was to look at public health organisations throughout Europe and examine the ways in which obesity is being recognised and addressed.

From an overview of nine European countries (England, France, Germany, Italy, the Netherlands, Poland, Moldova, Slovenia and Sweden), it is clear that public health organisations are contributing to the recognition and monitoring of obesity prevalence and consider the physical and nutrition aspects as crucial factors in the development of obesity.

However, recognition of obesity as a pressing public health challenge varies widely across countries. Some still see it as an individual lifestyle problem. In some countries, the influence of the food industry is very strong and works to undermine meaningful public health action, such as through public-private partnerships.

Obesity is seen across all ages, with childhood overweight and obesity reaching dramatic dimensions – one in three 11-year-olds in the WHO European region was overweight or obese in 2014. A range of policies at national and international level have been instigated to address this challenge.

This publication highlighted the case of Malta in some of the areas where progress can be made through multiple approaches. The development of healthy food procurement for schools can be used to initiate change across EU Member States and can be extended to other sectors.

Progress in addressing obesity has been minimal

A focus on a number of strategies in some countries outlined areas of action and challenges faced by the public health community. Since 1998, when England recognised obesity as a national priority, a range of policies and strategies have been developed with concomitant evolution in the role of public health organisations.

However, progress in addressing obesity has been minimal. The Foresight report identified parental obesity as a predictor of childhood obesity. Much of the focus was on sugar, which contributes to obesity substantially. Last year saw the soft drinks industry levy, which influenced manufacturers to reformulate brands high in sugar.

Obesity is a growing public health problem in Germany. The number of adults with obesity almost doubled between 1990 and 2015. A social gradient in obesity prevalence exists, with overweight and obesity occurring more often in people with a low socio-economic status. Actions were undertaken through a settings approach where people live, work, learn or play.

Overweight and obesity represent a major public health issue in Italy. Although the adult obesity rate is one of the lowest in OECD countries, rates of child obesity are among the highest in Europe. Several policies and programmes involving multiple strategies have been implemented in the last decade to tackle obesity. The responsibility of identifying health needs, formulating healthcare policy and implementing policy is shared between the central government and the regions.

To reverse the obesity epidemic among the Italian population, several weaknesses need to be addressed, including the persistence of strong regional disparities in terms of health.

The efforts to tackle obesity across all age groups in various countries vary. However, the main principle remains; to combat obesity, we must shift our actions from blame to solution and treat obesity as a disease, like we similarly do with other serious health conditions like heart disease, stroke, asthma and cancer.

a Do lot More Need Obesity On To We